Will King Charles III do his duty and abandon politics? The new British monarch has a critical responsibility to lead in a manner that he has not previously shown capable of doing. 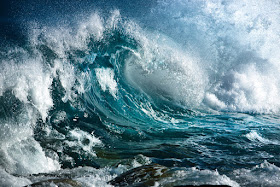